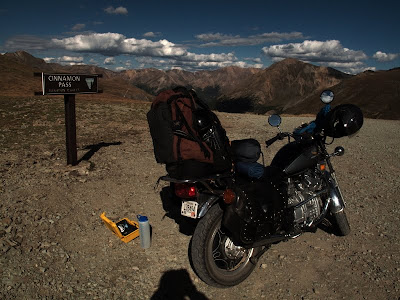 Sometime in the late 40s, Soichiro Honda thought it might be a good idea to attach a gasoline motor to his bicycle. He was right. By the time 1982 came around, his company was making a 500cc engine that can roll a cycle 3,127 miles over 11,000 feet of elevation gain on 35 tanks of gas at 70mph with 50 pounds of junk and 180 of dude in the middle of the summer 26 years after it putted out of the factory. And I own one.

"Sweet," she said, a purple-haired woman in leather standing next to her Moto Guzzi, "vintage." That's right, I thought, it's older than I am. And, sadly, you are too.

Is it wrong to love a motorcycle? Well, I don't think I care. It's hard not to get attached to something so much like a horse that makes so much space so much fun. But I'm leaving it in Grand Junction today in the kind, capable hands of the Geigers while I fly to New Zealand. No, I won't be replacing her. But I may well find a stand-in. 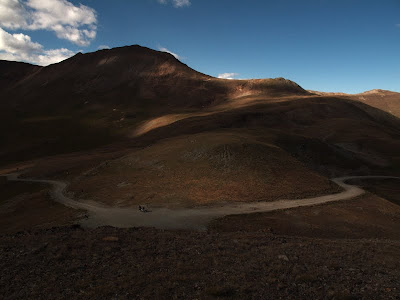