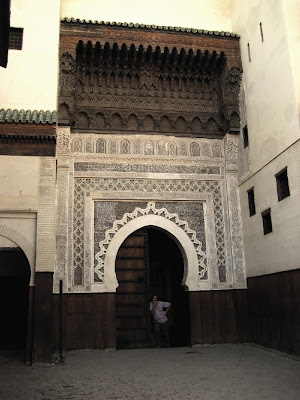 The labyrinth of Fès medina has a lot of weight. The closeness of the walls and the oldness of the stone bears down on everyone swarming through the tiny passages and immense portals. It's a hulking shell of an empire. Like Louie in a rainforest ruin, anyone can be king.
Posted by Luke Padgett at 20:06 1 comment: 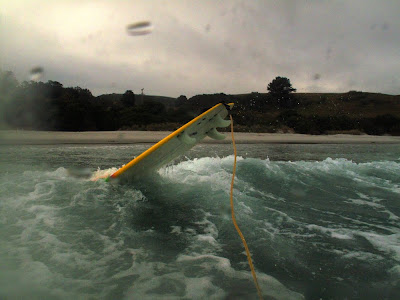 Woke up this morning to messages about good sea and tides. So we went out to Aromoana to get eaten by quality swirling water. Practice with camera in the little stuff yesterday revealed that surfing while taking photos is kind of like rubbing your stomach and patting your head at the same time. You end up looking stupid.
Posted by Luke Padgett at 05:16 No comments: 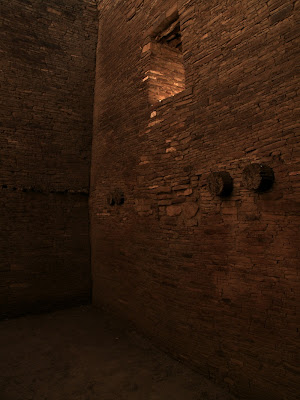 Inside the D-ring enormous dwelling in Chaco Canyon. Washboard gravel road turns paved when you near the hub of Anasazi roads. Like Rome, they all lead there. One-way loop traffic operates in isolated luxury. Being shown what to see - barbaric.

I love airplanes. From the air, everything is small. But from below, the world outside promises to be so much bigger. That feeling is what matters. Photographs from planes first told humans much that we didn't know, showed us what we could see. Going up can reveal so much when approached humbly. Now we treat this bird's view as our own. Seeing the picture from there somehow became our right. The authority. The utility. The truth. It's desperately important to remember the difference.
Posted by Luke Padgett at 18:51 No comments: 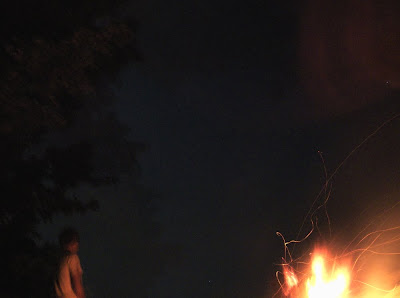 A picture of my brother on a lake arm in Ocoee country. Where high ground became islands, peninsulas, places to stand near wider space.
Posted by Luke Padgett at 00:22 3 comments: 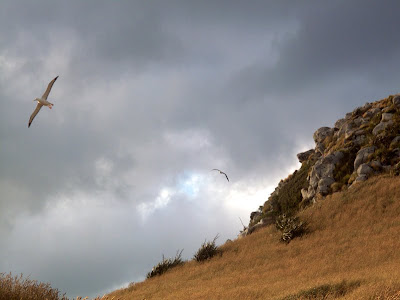 Pterodactyls are alive, all wearing Albatross suits. They wheel and spin off headlands in the unter-Pacific, eating wind for breakfast. They burn more calories duck paddling than flying. Wing bone autolock, meteorological subversion, and general magic powers. Ten thousand pelagic kilometers in a single hunting trip, they twirl here over land after dumping distilled fish oil into their young. That goop becomes feathers, nerves, muscles - the battleground of roaring wind versus incontrovertible gravity for the next fifty years. Either that, or they're reanimated spirits of dead aviators, sailboat tramps, and Quetzalcoatli.

Tiaroa Head, Dunedin
Posted by Luke Padgett at 05:29 No comments: 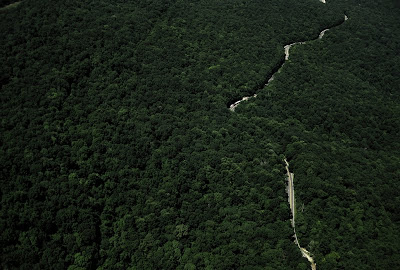 To take in between? Interpreting the actions of a friend, or interpreting a National Park in the Visitor's center? Superficially different. The goal a message or signal? Has the message been sent, or is it human need to read a message that may or may not be embedded in every object or situation? Does the existence of anything beg automatic insinuation? Understanding is far too loaded a word. Let's keep it simple: interpret the feeling of twisting two-wheeled down a valley road from above while hovering in someone's interpretation of flight. In short, it's summer (again), I miss my motorcycle buddies.

King of the Sea 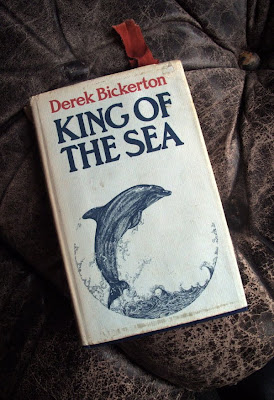 Early in the move to the Ruins, Richard and I swung by a junk shop next to the Cup and Saucer Specialists. Herman Melville runs this place, framed postcards on the street and an esteemed basement with promising paths through heaps of mathom. We had secondhand housewares to accumulate. It was fill-a-box for $5 day. Two boxes started filling with all kinds of useless things that seemed funny at the time. I have a caulking gun and a doorknob. Richard has one fondue stick and half a tripod. I added a book with a leaping Lisa Frank dolphin on the front and an inner flap describing what I thought might as well be Danielle Steele in hardcover. For five months, King of the Sea has propped up the bookshelf, wedged against a pegmatite.

I had never heard of Derek Bickerton before. This UK edition is probably totally rare now that I come to think of it. Not even the hive weight of Wikipedia seems to have squeezed this title into his list of publications. He’s still writing.

I opened it out of procrastination, dying not to trim my notes on Chichester’s stodgy autobiography. Bored and absentminded, I flipped the first few pages. Derek Bickerton arose and sat me on my ass for an hour flat before I realized my foot was asleep and the rice was burning. I was sure that the book had somehow sublimated there, day after day, never cracked, absorbing our restless conversations and damp gusts of sea mist. The words from the page must have melted, split, letters tuned and squelched seditiously in that book-shaped container. At the appointed time, they reassembled themselves into the kind of startlingly good read that makes it easier to just pee your pants than get up and stop the story.

Sure, there might be all kinds of logical and technical problems involved in straddling this big grey line of almost sci-fi. But these usually boil down to human integument osmotic pressure, blah blah bleuh, fragacity, blu blah, blah bla. Blah. The book has no animal love delusions. It is a short serious and thorough treatment of what happens when intelligent social species encounter one another. It asks all the right questions, with excellent characters, style, plot and setting to boot. It is an exercise in communication, second and third hand, as the narrator learns to talk to dolphins.

We need truth to be dealt by fiction. Bickerton is known for his study of Creole and Pidgin tongues and the invention of language. The devices of this story fill that important gap between what scientists can learn and what they can say. He holds absolutely nothing back. Withering youthful cynicism has never been this fun.

What questions would we ask if we could really hear the perspective of another Terran species? This book arrives to triumph where Ishmael failed. If you accidentally read King of the Sea with a massive dose of Stars of the Lid, you may fly off into inner space for a very long time.

It is marked for $2, but my cost averaged out to something like 13 cents. That’s a markdown of about 99.35%, shattering the former record ratio of coins spent:mind cells blown. It was previously held by spinning real fast in a borrowed office chair. I scarfed this book so fast, I need to cut it up into smaller pieces and maroon myself away from the rest of it just to force some judicious pacing on the reread.

He dishes out so much dirt I’m almost afraid to read anything else by Bickerton because he might turn out to be totally nuts. I’d rather be made to wonder whether it’s me instead.
Posted by Luke Padgett at 14:41 No comments: