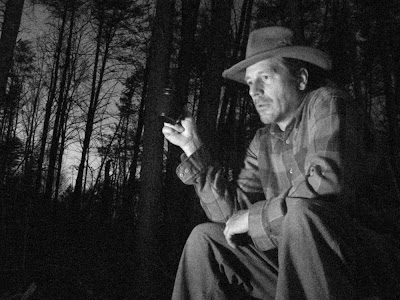 Late dusk, Padgett pine beetle fire, Cumberland Plateau, north Savage Gulf, Tennessee. March is tricky, say they, and if its lies are to be trusted, we must be in for one mother of a last winter freeze before sun promised now goes on (remember 1993?). I'm saving green sprouting glow-bug floating chirping golden hour images for the same reason they try not to let the groundhog see his shadow. Maybe March is telling the truth after all. Come equinox, Frühlingzeit should get its due. That was March 20 already. This is not a time for caution. But.